Menu
Menu
Back to Partner Institutions

The University of San Agustin (USA) is located in Iloilo City, which was bestowed the title “La Muy Leal y Noble Ciudad” (Most Loyal and Noble City) by Queen Regent Maria Cristina of Spain in October 1889. It is located in the island of Panay in WesternVisayas islands.

The University is the first and only Augustinian university in the Asia-Pacific region. It is a member of the Association of Southeast Asian Catholic Colleges and Universities (ASEACCU). As an Augustinian, and Filipino educational institution that aims to form the members of its academic community in Virtus et Scientia to serve Western Visayas, the Philippines, and the world, the University of San Agustin offers the full array of educational services: basic, tertiary, and postgraduate education. It is committed to:

1. Build an academic community imbued with Augustinian values. 2. Institutionalize a culture of excellence in teaching, research and extension programs and services compliant to educational standards. 3. Form an empowered, innovative, responsive, and sustainable organization.

The University of San Agustin was founded in 1904 as a preparatory school for boys by the Spanish Augustinian missionaries of the Order of Saint Augustine (San Agustin), the oldest religious Roman Catholic order in the Philippines. In 1917, it was incorporated and became Colegio de San Agustin de Iloilo. In March 1953, San Agustin attained university status making it as the First University in Western Visayas region (Region VI), which is composed of the provinces of Aklan, Antique, Capiz, Guimaras, Iloilo, and Negros Occidental. At present it offers the whole array of educational services: from short courses to basic, tertiary education, and post-graduate education, including Law.

The University’s College of Law was founded in 1939 and offers the professional degree Bachelor of Laws (Ll.B.), it accepts as students only those who have already earned a four-year pre-law baccalaureate degree. The College of Law presently has 360 students and 40 professors, who are very conscious of their indispensable role in developing and improving access to justice in the Philippines, particularly in Western Visayas. This is manifested by their various outreach and immersion programs to partner communities in the provinces of Iloilo and Guimaras.

Finally, in 2014 the College of Law entered into a consortium with the University of Santo Tomas (UST), Manila for the offering of Master of Laws (Ll.M.). Seven members of its faculty have earned their Ll.M.s under the consortium after defending their respective Ll.M. theses. UST expressed its conformity to continue the consortium, and also offer the degree Doctor of Laws (DCL). 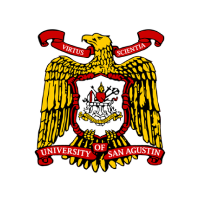