Menu
Menu
Back to Partner Institutions

The University of the Philippines (UP)

The University of the Philippines (UP) is the national university of the Philippines. It was chartered on June 18, 1908 under the auspices of the American colonial government. A hundred years later, the Philippine Congress passed Republic Act No. 9500 or the 2008 Charter of the University of the Philippines  mandating it to : (1) lead in setting academic standards and initiating innovations in teaching, research, and faculty development; (2) serve as a graduate university by providing advanced studies and specialization for scholars, scientists, writers, artists, and professionals; (3) serve as a research university in various fields of expertise and specialization by conducting basic and applied research; (4) lead as a public service university by providing various forms of community, public and volunteer service; and (5) serve as a regional and global university in cooperation with international and scientific unions, network universities, scholarly and professional associations in the Asia Pacific region and around the world.

It is now 87th among 442 institutions from 43 emerging countries, according to the 2019 Times Higher Education Emerging Economies University Rankings.   Its overall score went up to 32.8 from 24.4. Meanwhile, it ranks 384th in the world in the 2018 Quacquarelli Symonds (QS) World University Rankings.

The  University of the Philippines has a multi-campus university system, similar to the model of the University of California. UP has eight (8) constituent universities (CU) located in 15 campuses around the Philippines. UP Diliman is the flagship campus of the university and offers the most number of courses, including Law. As of 2017, UP Diliman has 22,765 students and 1,531 faculty members. In addition, the UP College of Law (UP Law) was among the first seven Colleges established after the foundation of UP in 1908. During its first hundred years, the transformation of the College of Law has been from a professional school offering a degree program, to a Law Complex. The UP College of Law and the UP Law Center together make up the UP Law Complex that provide teaching, research, and extension services.

Finally, the UP Law Center was established in 1964 by the Philippine Congress to conduct legal publishing, legal research, and law conferences. It is composed of five (5) Institutes, namely: the Institute of Government and Law Reform, the Institute of Human Rights, the Institute of International Legal Studies, and the Institute of Judicial Administration, and the Institute for Maritime Affairs and Law of the Sea. The Law Center also hosts the offices of the Office of the National Administrative Registrar, an agency of the Philippine government which registers all national government statutes and issuances. As last record, UP Law has 970 Juris Doctor students, 21 full-time regular faculty members, and 129 part-time faculty members who are practitioners. UP Law has produced around 6,000 graduates over the years. Among these have been Philippine Presidents, Vice Presidents, Senators, Speakers of the House and members of Congress, Justices of the Supreme Court, Cabinet Secretaries, academicians and many leaders in the different areas of the local legal profession 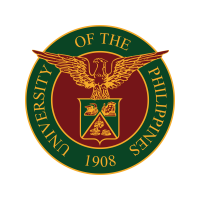